Stephen Metcalfe, the local MP for South Basildon and East Thurrock has appeared live on local Basildon Hospital Radio (BHR1287am) as a special guest. The show served as a commemoration of a new joint broadcast by the hospital radio and local radio station, Gateway 97.8. 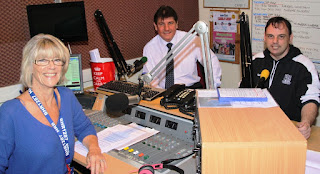 Stephen Metcalfe, featuring live on the first programme of the series, read out some of the requests and also chatted to the host and chairman of Basildon Hospital Radio, Jacqui James. 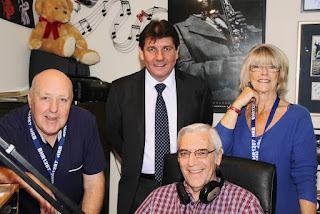 Stephen Metcalfe commented: “I had a great time reading out some of the wonderful requests and dedications sent into Basildon Hospital Radio. This new joint project with Gateway 97.8 is a great idea and will further build on the important role that the radio plays within the hospital community.”

“I am so pleased to have played a role as special guest in the launching of this new programme and I am very excited for the Hospital Radio, as it continues to expand and grow its audience.”
Posted by Stephen Metcalfe at 14:47