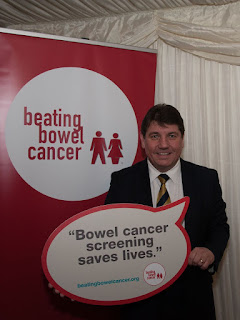 I attended a reception hosted by the charity Beating Bowel Cancer to hear the case for reducing the bower cancer screening age.
Variations in the screening age across the UK could be leading to thousands of bowel cancer patients in their 50s having a delayed diagnosis.

I was interested to hear Beating Bowel Cancer's plans for the future of screening and pledged my support for them.

We all need to do our bit to support any improvements to early diagnosis rates if we are to stop bowel cancer being one of the biggest cancer killers in the country.

Being diagnosed with bowel cancer at the earliest stage offers a 97% survival rate. But without screening, the majority of patients between 50 and 59 might not be diagnosed until a later stage through their GP or A&E. At that point the cancer can be more difficult to treat and if diagnosed at a late state their survival odds could be as low as 7%.

To find out more about bowel cancer please visit the charity's website www.beatingbowelcancer.org or call their Nurse Helpline on 020 8973 0011.
Posted by Stephen Metcalfe at 15:28

Signing the Book of Commitment for Holocaust Memorial Day 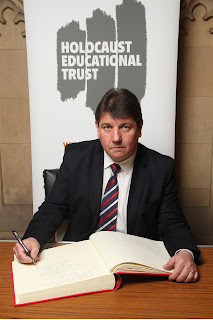 This week I signed the Holocaust Educational Trust's Book of Commitment, pledging my commitment to Holocaust Memorial Day and honouring those who were murdered during the Holocaust.

It was also an opportunity to recognise the extraordinary Holocaust survivors who work tirelessly to educate young people.

As the Holocaust moves from living history, to just history, it is crucial that we take the time to remember the victims and also pay tribute to the survivors.

You can learn more about the Holocaust Educational Trust here or follow them on Twitter: @HolocaustUK.
Posted by Stephen Metcalfe at 13:35

Welcoming focus on science in the Industrial Strategy

I spoke in the House of Commons expressing my support for the importance being placed on science investment and skills development in the Government's new industrial strategy 'green paper.'

I asked the Secretary of State for Business, Energy, and Industrial Strategy (BEIS) to seize the moment and make the case across Government for increasing spending on science and technology to 3% of GDP. Many of our competitor nations across the world have made a similar commitment and Parliament's cross-party Science and Technology Committee, which I chair, has called for this to happen in our country.

I also urged the Minister to publish the Government's digital strategy, which again forms an important part of the new industrial strategy.

Watch a recording of my exchange with the Minister below:

Posted by Stephen Metcalfe at 18:55

I was delighted to be invited to visit Oxford Brookes University in my capacity as chair of Parliament's cross-party Science and Technology Committee. 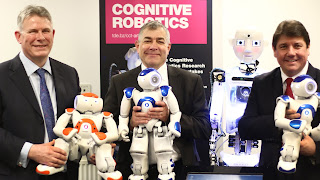 Oxford Brookes is a world-leader in robotics research and I enjoyed learning more about the work that takes place in its Cognitive Robotics Laboratory.

I also had the chance to see the Formula 1 collection at the university, which is situated right at the heart of the UK motorsport valley.

Read more about my visit here.

Posted by Stephen Metcalfe at 19:25

Following the announcement earlier this month of plans to develop a new garden village in Dunton Hills, I raised my concerns to the Housing Minister that he was not doing enough to consult neighbouring councils. 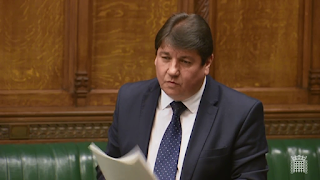 It is important that the Housing Minister consults more local councils on schemes like the Dunton Garden Village, as although the proposed garden village is formally attached to Brentwood Borough Council, it might actually have a greater effect on the Basildon and Thurrock area.

As the plans currently stand, the development would be built right next to Basildon and West Horndon. Many local residents are rightly concerned about new developments on green belt land and their voices should be heard in the ongoing process.

Through my Parliamentary question I suggested the Minister contact Basildon and Thurrock councils as a matter of urgency to gain their views on the new garden village.

I was pleased that he said he would make more information available and he confirmed that the plans have not yet been finalised.

You can watch a recording of my exchange with the Housing Minister here.
Posted by Stephen Metcalfe at 19:00