Local MP for South Basildon & East Thurrock, Stephen Metcalfe spoke out recently against “unfair and unfathomable” hospital car parking charges. Speaking in yesterday’s Daily Express, he backed the national campaign calling for an end to what has become a “stealth tax on the poor and the vulnerable”.

Stephen Metcalfe commented: “The national average for one day’s parking is just over £7. One hospital in Bristol charges £12 for 4 hours and another in Crawley demands £25 a day. The charges are also not transparent. No-one knows what the money is spent on, or why hospitals increase the charges year after year.

For those who say car parking charges are vital income for hospitals, they need to answer why 25 per cent of hospitals charge nothing at all, and why there is such variation between not only regions but even neighbouring hospitals.

It is clear that with fewer bureaucrats, and extending the use of generic drugs where possible, NHS hospitals would have enough money to scrap these fees without affecting patient care.”

Stephen Metcalfe was also particularly critical about the impacts that these charges have on both older people and cancer patients. He commented: “Macmillan has found that 10 per cent of hospitals offer cancer patients no discount and continue to charge them the full rate of parking. This is despite the fact that for many people with cancer it is essential they use a car, as immunity problems make using public transport dangerous.”

Stephen Metcalfe, who has recently spoken out in support of staff at Basildon Hospital added “Statistics show that some nurses are being charged almost £200 per month to park their car, but I am pleased to report that is NOT the case in Basildon.”

“This stealth tax must go and hospital bosses need to stop using vulnerable patients as easy revenue”
Posted by Stephen Metcalfe at 13:12

Local MP Stephen Metcalfe has today welcomed the latest employment figures that show the UK jobless rate has nearly reached a 6 year low. The new Office of National Statistics figures show that unemployment has seen the largest annual fall in 25 years, with 1.8 million more people now in work since the Conservatives came to Government.

Stephen Metcalfe commented: “This is great news for people up and down the country, but it also has a direct impact on our local community too. Since the Conservatives have been in Government, the number of people in South Basildon and East Thurrock on Jobseekers Allowance has fallen from 5.2% in May 2010, to a rate of now 3.1% - that means 848 fewer people are unemployed than in July 2013 and it is 86 lower than in June 2014. It is brilliant to see our economic plan benefiting so many local people.

Of course there is always more to do, and we know people are still feeling the effects of Labour’s recession, but that is why it is so important we do not abandon our plan to continue building a strong and healthy economy so that more and more people are given the security of employment again.”

The figures released today directly contradict the claims made by Labour, with Ed Miliband having predicted that the Conservative’s economic plan would “lead to the disappearance of a million jobs”. Stephen Metcalfe remarked: “It is now more important than ever that we recognise how Labour’s plan of high taxes, more spending and greater borrowing, would risk everything that we have achieved so far.”
Posted by Stephen Metcalfe at 17:04 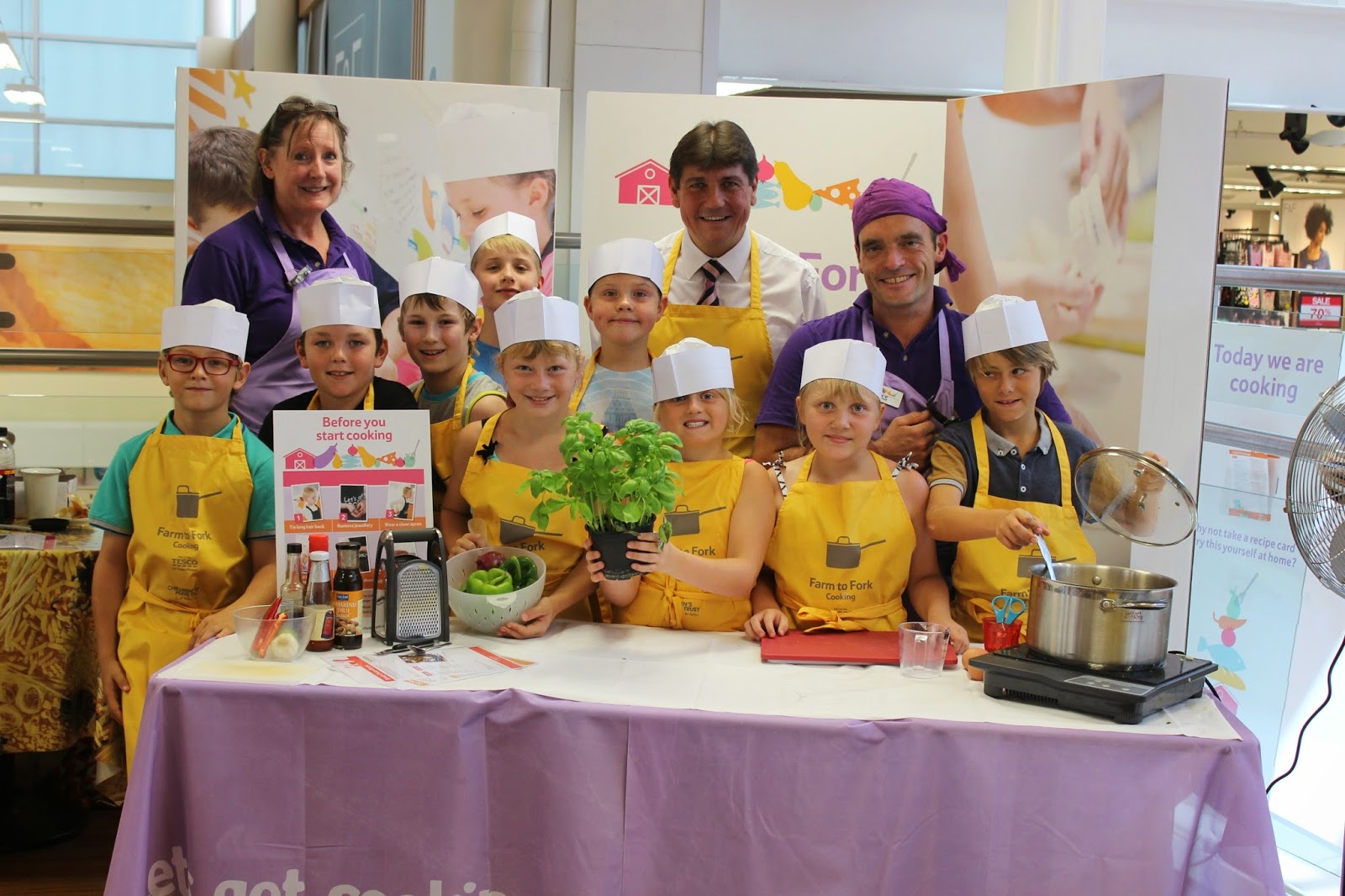 Local MP Stephen Metcalfe has today attended the ‘Eat Happy Project’ in the local Pitsea Tesco Store to help raise awareness and engage children on the important issue of food and dietary health.

The nationwide project run by Tesco looks to engage schools, farms and factories so that children can discover for themselves where their food comes from as well as learning basic cooking skills. 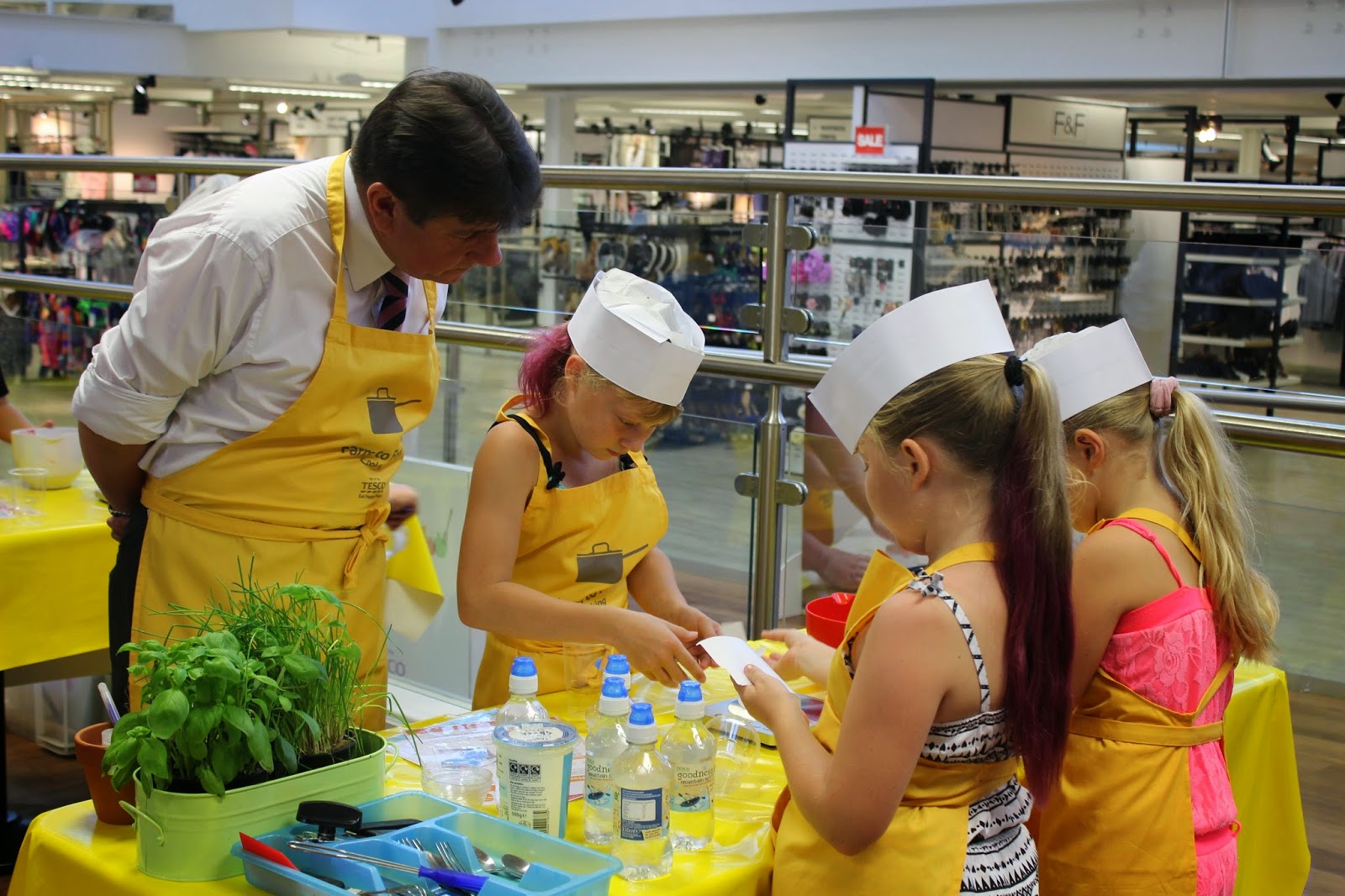 Stephen Metcalfe commented: “It was great to see the children having so much fun making some delicious dishes for themselves and I want to thank them for cooking my lunch. Initiatives such as this are crucial to the health and wellbeing of our children. It is important to start early in getting our young people interested in their food and is an excellent way of combatting possible future health problems.

Over a quarter of a million children have now taken part in this scheme nationwide, and I am extremely pleased that our local children will now have the same opportunity. This project is also an excellent example of how business initiatives can have a positive and far reaching impact and benefit on our local communities.”
Posted by Stephen Metcalfe at 10:28

Stephen Metcalfe, local Member of Parliament for South Basildon & East Thurrock has today hit back over Labour’s recent claims about our Basildon & Thurrock health services and called on them to apologise to our local health workers whose efforts they have criticised.

Although Basildon Hospital was the first trust in the country to be taken out of special measures, Labour has claimed that the NHS in Basildon is “moving backwards on every single measure” and that without a Labour win at the next election, then “healthcare free at the point of use will no longer be a given in this country”.

Stephen Metcalfe, commenting on these claims said: “It is sad to see Labour allowing party politics to get in the way of fully recognising the hard work and commitment of local people in getting our local hospital back on the right track and caring for our local community.”

Labour’s claims are directly contradicted by the results that have been published in recent weeks, where the hospital has now achieved a rating of ‘good’ by the Care Quality Commission, and its maternity ward as a further example has become the first in the country to be rated as ‘outstanding’.

Stephen Metcalfe continues: “This scaremongering is particularly rich coming from Labour, as it was under their government that the issues at Basildon Hospital were ignored. Now that we are actually seeing results, all they can do dismiss the progress that has been made for political gain.”

Speaking on the subject of the principle of free healthcare, Stephen Metcalfe said: “There is absolutely no suggestion by the Conservatives that the principle of free healthcare at the point of access will be threatened, and in fact, the work that we do ensures that this principle is actually safeguarded for the future. While the previous Labour government left the country on the brink of bankruptcy, it is the current Government that are now picking up the pieces. We are supporting our local services in Basildon and Thurrock; pledged to increase the overall NHS budget year on year in this Parliament and recognise the hard work of everyone who works in our health services.”
Posted by Stephen Metcalfe at 14:40

Stephen Metcalfe MP marking the centenary of World War One

Local MP Stephen Metcalfe has today remarked on the importance of remembering ALL those that have been lost in conflict over the last century as we collectively commemorate 100 years since the start of World War One.

Although Stephen Metcalfe would have wanted to attend the ceremony last night in Westminster marking the anniversary, he was instead on a visit to the Balkans where he was able to visit some of the historic sites of war. Included in his trip, was a visit to the site where Archduke Franz Ferdinand and his wife were assassinated in Sarajevo, sparking the events that led to the First World War. 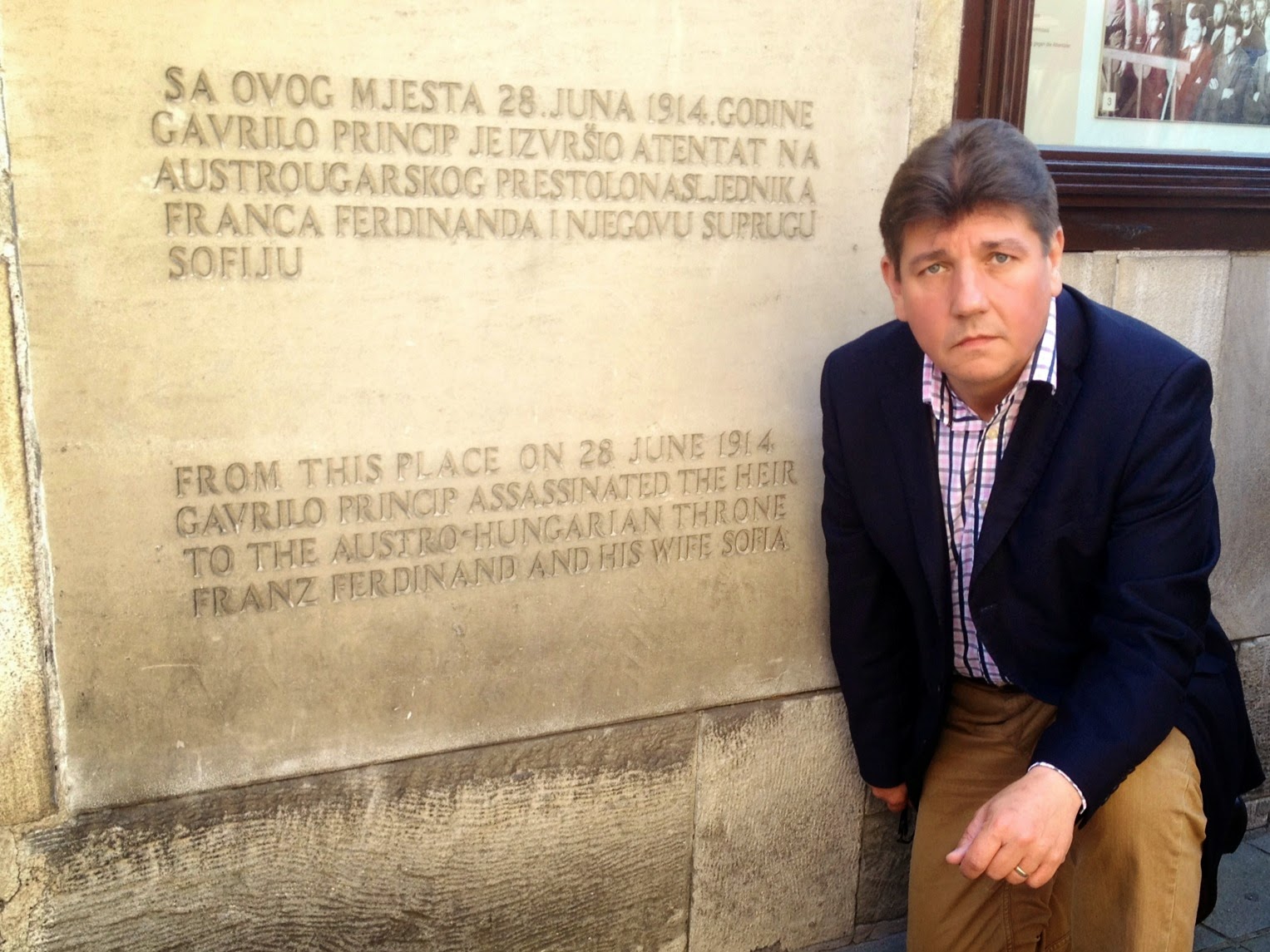 Stephen Metcalfe commented: “Yesterday’s ceremony in Westminster was deeply moving but it was incredibly poignant to be in such a historic place as Sarajevo at a time of such significance for both our country and the world. We should never forget the lessons that we can all learn from history and the duty we all have to ensure future generations do not suffer the same perils of war.”

Stephen Metcalfe also had a chance on his trip to visit Srebrenica, which was the site of the infamous 1995 Srebrenica genocide. Stephen Metcalfe commented on his visit saying: “It was extremely harrowing to learn about the events that took place here. The fact that this all occurred within living memory brings home the message of remembrance even further.”
Posted by Stephen Metcalfe at 15:23