I was pleased to visit high-flying Lee Chapel Primary School after the recent news that it is one of the top one hundred primary schools in the country.

The league tables published by the Sunday Times ranked Lee Chapel Primary School at 73rd out of nearly 17,000 state-funded primary schools across the country and the highest in Essex. The Basildon school has also been ranked as "outstanding" by Ofsted since 2007.

It was good to see first-hand all of the hard work going into improving the school and maintaining a high level of education for pupils.

I heard about the way that new classrooms are providing better spaces for teaching, and how the development of a new swimming pool will give children the opportunity to learn to swim and take part in sport, which does so much for their health and wellbeing at their early age.

I especially wanted to congratulate Head Teacher Sue Jackson and all at the school on the fantastic achievement of being ranked as one of the best schools in the country. It is a really proud moment and I am sure that everyone will want to build on this success in the future. 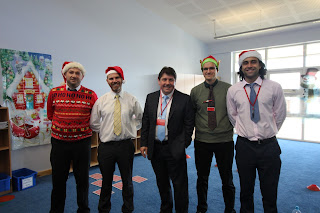 Posted by Stephen Metcalfe at 16:27

My response to the Autumn Statement

Today I welcomed the Chancellor's Autumn Statement and particularly his commitment to spend an additional £2 billion a year on Research and Development (R&D).

This extra funding will go a long way towards ensuring that our country continues to grow as a hub for science, technology and innovation.

To realise our potential and deliver on our ambitions we must also ensure that Britain remains a great place for the best talent in these fields to locate itself.

On the whole I was pleased that the Autumn Statement provides a stable economic platform for the years ahead, setting out how the Government will support the economy as Britain leaves the EU and begins a new chapter in our country's history.

You can watch a recording of my exchange with the Chancellor via Parliamentlive.tv below: 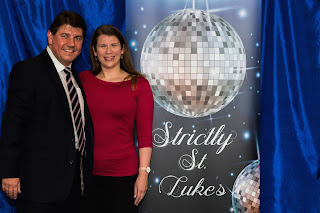 I'm pleased to be taking part in a charity dance competition for our local St Luke's Hospice in Basildon.

Seriously ill patients and their families should have access to the highest quality palliative support and end-of-life care which is provided so ably by the brilliant staff and volunteers at St Luke's.

It's an honour to be raising money for this worthy cause and I look forward to learning from my dance partner Joanna Ridley in the months ahead.

Find out more about St Luke's Hospice via its website: http://stlukeshospice.com/
Posted by Stephen Metcalfe at 17:17

Article for CaSE: Campaign for Science and Engineering

I was delighted to be asked to contribute a guest article for the Campaign for Science and Engineering's blog as part of my duties as Chair of Parliament's Science and Technology Committee.

I highlighted how our country has so much potential in the fields of science and engineering and also wrote about how we can make further improvements, including through greater diversity and STEM skills education.

You can read my full article for CaSE here.
Posted by Stephen Metcalfe at 11:46

I was pleased to join the Alliance of Conservatives and Reformists in Europe (ACRE) delegation to Greece, helping to support some of the most vulnerable families and homeless people in Athens.

As part of ACRE's regular social action initiative, Project Maja, MPs and MEPs from across Europe went to Greece which is still suffering badly from the financial crash of nearly a decade ago.

With an unemployment rate of 25%, and around double that for young people, many families are struggling and feel a painful lack of social security.

As part of the trip we joined forces with local charity Praksis, which helps deliver humanitarian support and medical aid to vulnerable local people.

We also teamed up with the Shedia street newspaper and its Kick Out Poverty campaign, which organises football tournaments as a way of helping homeless Greeks to feel included again in society.

Shedia is a great social enterprise initiative modelled on The Big Issue here in the UK. It offers honest work to those most in need of a hand-up and is the only street newspaper delivered in Athens and Thessaloniki.

Finally a big thank you is owed to Tottenham Hotspur FC who very kindly donated club kits to Project Maja for our charity football event, including for kids from disadvantaged backgrounds who enjoyed the chance to take part.

Posted by Stephen Metcalfe at 17:59

It was an honour to join members of our local community in attending a Remembrance Sunday service in Stanford-le-Hope.

It is crucial that we never forget the sacrifices of so many servicemen and women across the years, including those serving in our armed forces today, and that we continue to remember the contributions of local people during the First and Second World Wars in the previous century.

Posted by Stephen Metcalfe at 17:18