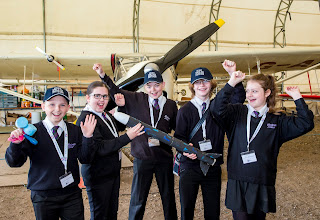 
Two teams from Woodlands School made it to the final following tough competition and impressive rocket launches. 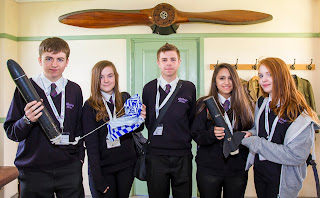 As part of the competition, the teams from Woodlands School created their own 65 centimetre rocket, complete with an engine and detonator. Their challenge was to build a rocket that had a clear take-off, achieve  the highest possible altitude and land its crew – a hard-boiled egg – back safely to the ground, without the egg cracking.

The competition, now in its ninth year, encourages 11-18 year olds to learn more about maths and science and discover exciting future career opportunities in engineering.

Stephen Metcalfe MP said: “Congratulations to Woodlands School on reaching the National Rocketry Final. The UK Aerospace Youth Rocketry Challenge is a great way to encourage our next generation of engineers and scientists and give them hands-on experience. I was delighted to see Woodlands in this year’s final and I hope to see both Woodlands School and other South Basildon and East Thurrock schools compete in next year’s competition.”

Posted by Stephen Metcalfe at 10:26