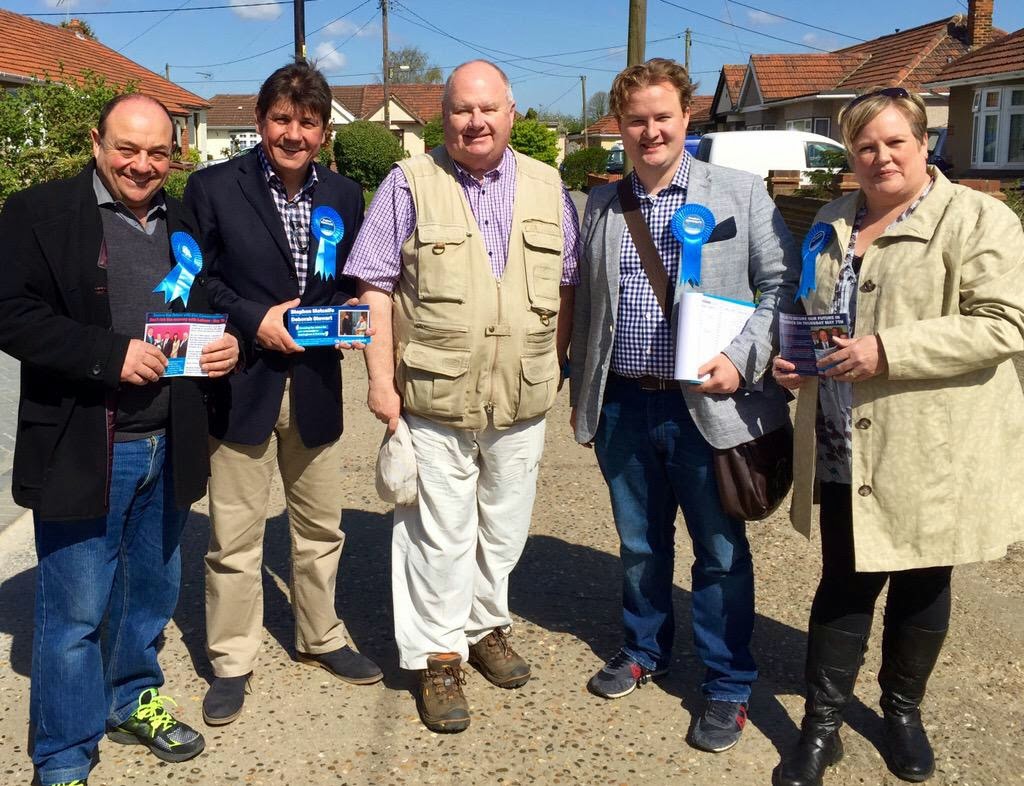 Stephen Metcalfe, local Parliamentary candidate for South Basildon & East Thurrock and Eric Pickles the Secretary of State for Local Government stopped by the Frost Estate to support the Conservative election campaign in Corringham. Eric was out and about with Stephen Metcalfe and his team hoping to return him to Parliament, as well as showing support for local election candidates, Deborah Stewart and Gary Collins.

Stephen said: "Nearly three years ago I started the process of helping local residents on the Frost Estate explore ways that they could tackle a number of long running issues such as the state of the roads.”

“Following the establishment of a resident led steering group, a Residents Association was formed who have worked with Thurrock Council to look at the creation of a Parish Council for the area.”

“After extensive consultation and a formal ballot, the majority of residents who responded supported the idea and this was evident while Eric and I were out and about.”

“It is therefore a disgrace that Labour and UKIP Councillors voted to kick the Parish Council into the long grass, even though it was supported in a public vote by 75% those who voted.”

Stephen added: “If re-elected I will keep working to give the people of the Frost Estate what they have asked for and voted for.”

“We need a Conservative Government and Conservative Council to continue with the localism agenda to ensure that we honour any local referendum, opposed to this unacceptable fudge. I voted for the Localism Bill that Eric introduced to give people more power over their communities, if re-elected I will keep backing local people”.
Posted by Stephen Metcalfe at 13:35