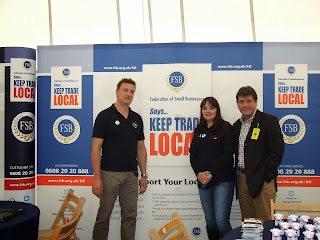 Stephen Metcalfe, local MP for South Basildon and East Thurrock, has welcomed new figures indicating an increase in the number of private sector businesses in the South East and Essex.

The number of businesses in the South East has increased by around 58,350 over the past three years whilst the New Enterprise Allowance is seeing business thrive in Essex.

Mr Metcalfe commented: “These figures are great news for everyone in South Basildon and East Thurrock. Thanks to the hard work and sacrifices of the British people, the British economy is now turning a corner. There is still more to do and that is why in 2014 this Government will slash the jobs tax on all businesses with a new £2,000 Employment Allowance. This will see 450,000 small businesses paying no jobs tax at all. Conservatives are committed to securing a recovery that works for all hardworking people.”

After being questioned by the local MP in the House of Commons last week, The Secretary of State for Work and Pensions informed Mr Metcalfe that the New Enterprise Allowance scheme has helped start 500 new businesses in Essex.

The New Enterprise Allowance is a package of Government support worth £69 million designed to help create tens of thousands of new businesses. Recent statistics suggest that around 2,000 new businesses are being set up every month.


The new funding will also ensure there are more loans for those over 30 and specific support for ex-Service personnel. The  Allowance is being extended with new referrals being accepted for an additional 15 months until the end of December 2014. Over this period an additional 60,000 mentoring places will be made available to claimants.

Start ups in Essex include the extremely successful ‘Brainbuzz’ which helps educate parents on how to help children with disorders such as dyslexia.

Mr Metcalfe added: “The New Enterprise Allowance is a fantastic scheme offering substantial sums of money to those wishing to start up a business. I am delighted that applications are being accepted for an extended people and I hope that eligible people in South Basildon and East Thurrock will make the most of the opportunity available.”

For further information on The New Enterprise Allowance see: http://www.dwp.gov.uk/adviser/updates/new-enterprise-allowance/
Posted by Stephen Metcalfe at 15:34